Invited to ski by an instructor friend for a final weekend before the end of the season, in Meribel in Les trois Vallees, how could I resist… flight booked, transfer booked, bags packed.

Despite a slightly shaky start thanks to fog in London, I eventually rocked up in Meribel 24 hours later after being transferred from City Airport to Heathrow via Frankfurt to Geneva.. oh the joys of travel. I arrive into resort to beautiful blue sunny skies and head straight for the slopes, there is still plenty of snow and the pistes are extremely well kept.

This season has seen some of the best snow in recent years in Europe and the ski industry is booming at a time when perhaps economically it could be seeing more  challenging times. Skiers and snowboarders are however, thankfully choosing to take a winter snow sports holiday in there droves and tour operators such as Tui has taken the decision to extend the season by an extra week.

Méribel is a ski resort in the  Tarentaise Valley in the French Alps, situated near the town of Moutiers. Meribel has three neighbouring villages in the Les Allues commune: Meribel Centre, Meribel-Mottaret and Meribel Village which is in the heart of the 3 Valleys and interlinked to the largest ski area in the world. Situated at 1,400 km above sea level it was originally founded by a Scotsman Colonel Peter Lindsay in 1936 who was looking for a new winter sports area away from Austria and Germany as the Nazi regime began to grow.  Lindsay used specialised architects Paul Grillo and his partner Christian Durupt, as he wanted to maintain the Savoyard style and control the building development of the resort through his property company.

With so much alpine terrain to choose from it’s hard to decide where to go first, but my guide takes the lead and we head for some easy blue and red runs in La Sauliere. The slopes are fantastic and easy for beginners to navigate as well as intermediates. I even ventured down some mogul fields quite well given it was a while since I’d attempted them. The 3 Valley’s has some of the best terrain in the Alps, from skiing down through the alpine trees into La Tania and across the mountains to Courchevel it’s beautifully breathtaking. As we ski down towards Courchevel we see the Courchevel airport which was featured in the James Bond movie “Tomorrow Never Dies”, it’s the world’s 7th most dangerous airport due to the short runway only 525 m (1,722 ft) with a gradient of 18.5% and nosedive cliff tops. I can see why it’s dangerous! note to self not to use it, an unlikely possibility as it’s namely Oligarch’s arriving on their Private Lear Jets.

After a morning’s skiing and trying to keep up with L’Instructor and not look too silly (falls x 2, don’t think he noticed) we stopped for lunch. Dining on the slopes is always such a luxury, and “Le Blanchot”  did not fail to impress with its stunning mountain views and gastronomic menu choice. We opted for the more traditional French Savoie dishes of  “Chaud fromage en boite” with potatoes, delicious french bread and salad and a traditional “Savoie rosti”. There is also a skiers ‘ dish of the day’ and a two course ‘skiers menu’ a good way to enjoy “Le Blanchot” without blowing the budget. The service is very good and a great spot for people watching or catching a few rays.

Back in the village and Meribel is thriving, there were lots of people buzzing about, French and Brits out in force together and enjoying their afternoon. There are lots of bars and restaurants to choose from in the village, apres ski is big business here. We go for Barometer bar which is slightly more relaxed and just off the piste, the atmosphere is fun and everybody seems to be in a good mood.

For dinner we opted for “La Fromagerie”, a cheese shop by day and basement restaurant by night. It was absolutely charming in that very Gallic way, the half wheel of raclette was everything I had been dreaming of with lots of yummy cheese drizzled over gherkins and potatoes.. just goregous. My Seasonnaire was at pains to tell me that whatever I wore to dinner I would need to wash immediately afterwards from the overpowering smell of cheese. It was bad but not as bad as a ‘ Munster Cheese’ smell we had to endure on one car trip back from France, courtesy of my Father. 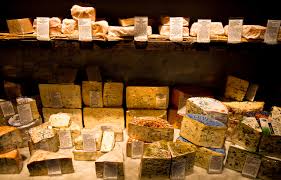 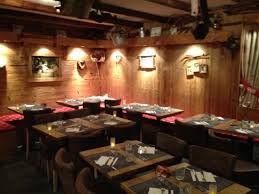 After a brief but amazing weekend in Meribel I can see why everybody has the ski bug it is just so much fun. I’m certainly planning my next trip out there for 2013/14 season.